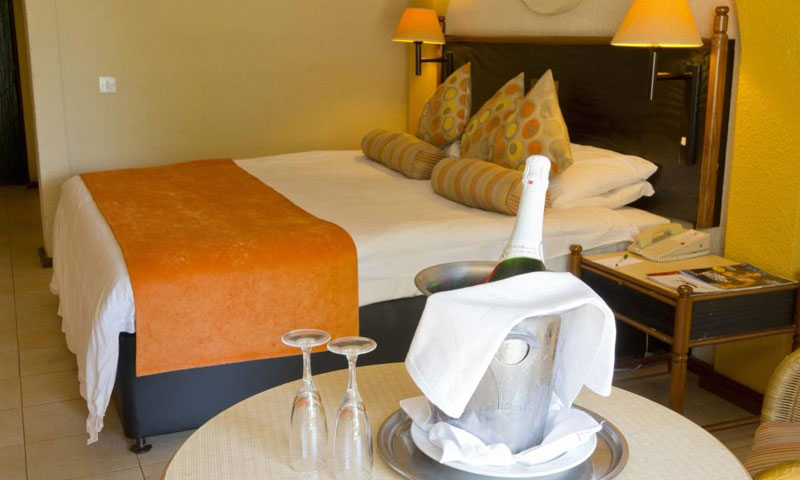 The resort boasts of an 18-hole championship golf course designed by the legendary Gary Player, the only golf course in Victoria Falls. The golf course is as popular with the wildlife as it is with golfers, as it is not uncommon for play to be interrupted while buck, warthogs or elephants exercise their right to walk on the fairways.

Elephant Hills Resort is a reputable conference venue and has successfully hosted global conferences such as CHOGM, the Solar Summit in the 90s, and recently the 20th Session of the UNWTO Assembly in 2013, Routes Africa and the 34th SADC Summit in 2014. The resort has 8 conference rooms with seating capacities ranging from 14 to 500 delegates.

Elephant Hills Resort is a large hotel but due to its service excellence, exudes an intimacy that allows each guest to enjoy meaningful moments in this unique part of the world.